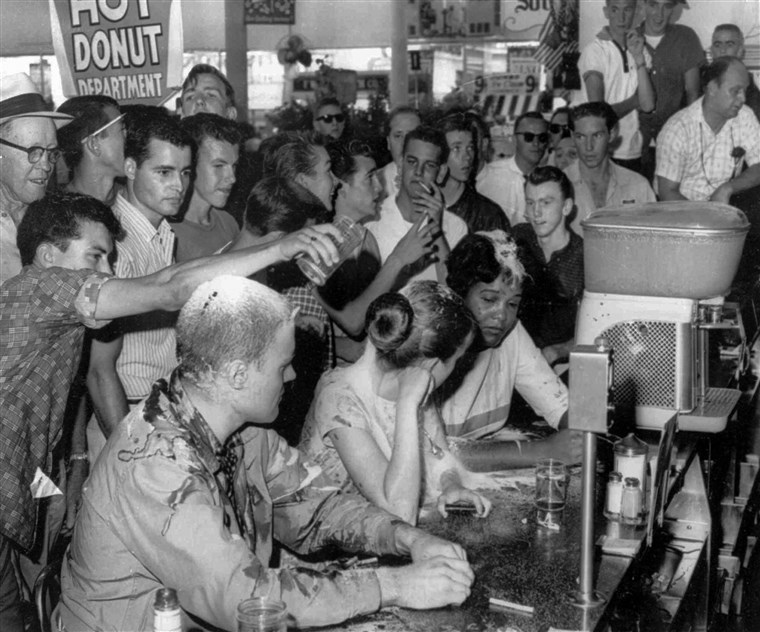 Living overseas I do quite a bit of traveling. How could I not? Living near some of the most incredible places that are so easy to get to, you have to travel. I still have a lot on my bucket list, but it's getting harder to do in the current climate.

One of the things I have been thinking about while preparing for Black History Month is the issue of food. I am a HUGE foodie and one of the things I always have to do in a new place is check out the local cuisine. But, what if, as a regular traveller, I was not able to do so? Think about it, you have gotten to your destination, a day full of hectic traveling or site-seeing, you are tired, thirsty, and mostly hungry as hell (which, if you are anything like me, this means you are "hangry"). You just want to get some food into you system and then, head off to the next adventure.

Now, imagine that when you find a place you want to eat at, you walk in the door, sit down at the counter or table and ask for a menu. This all seems customary but, there's a hitch. They refuse to serve you. You have money, you want to eat, but they say no. How would that make you feel? I ask this question as our current political climate makes it harder for Americans to be in other spaces. Hell, it's hard for Americans to be in American spaces! But, how would you feel knowing that an establishment was refusing to serve you because you are American? You can't change where you were born, where your passport is connected, but yet, because of this you are being refused service and told to leave. Would you be okay with that?

I am going to venture to say that no, majority of people would not be good with that. They would, perhaps, voice their anger to the manager (hey Becky!) and then, when they are not satisfied, they would post a bad review on Yelp or tell their "friends" on Facebook how offended they are and how they will never come to this country again (because somehow, the actions of one establishment dictate the thinking of everyone in the country - right?). They would tweet themselves in front of the restaraunt with instructions for the "twitterverse" to shut them down for refusing service. They would tell this story at every party, get-together, or work function that they could.

Now, take the situation above and instead of being an American, you are Black. That meal you want to eat is not going to happen, again, not because you don't have the money, etc.., but because of that thing you cannot change, the color of your skin. Would you be okay with that?

On February 1, 1960, four Black male students form North Carolina A&T College started a sit-in protest at a Woolworth's lunch counter in Greensboro, North Carolina. They had been refused service because the counter only served whites. By February 10th the movement had spread to fifteen Southern cities in five states. 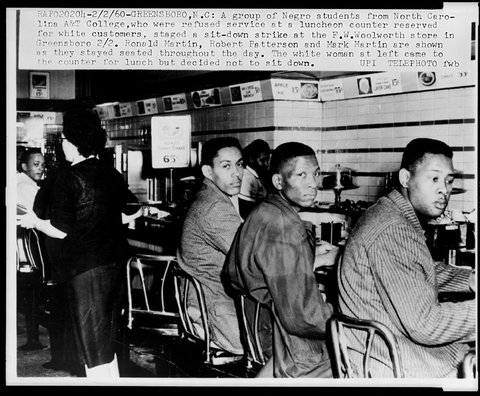 I remember learning *something* about this protest in school. I have heard about it throughout the years yet there is something I learned recently that had never been part of the conversation. Per usual, the Black women who were instrumental in organizing these protests were left out of the story. That's right, the Bennett Belles were at the forefront.

So, who were these women and why had I not heard of them before? And why was I just hearing about them when they were in danger of shutting their doors after they were dropped by their accrediting body? The Bennett Belles were students from Bennett College, an HBCU in Greensboro, North Carolina. They university was founded in 1873 as a school to educate freedmen and educate women and men to be teachers. It became a four-year women's college in 1926 and has produced strong Black women in leadership. Aside from having the first Black woman (Dr. Willa B. Player) as a president of a four -year college, they have a huge legacy in the Civil Rights Movement. In fact, Bennett was the only place in Greensboro that would allow Dr. King to speak in 1958. 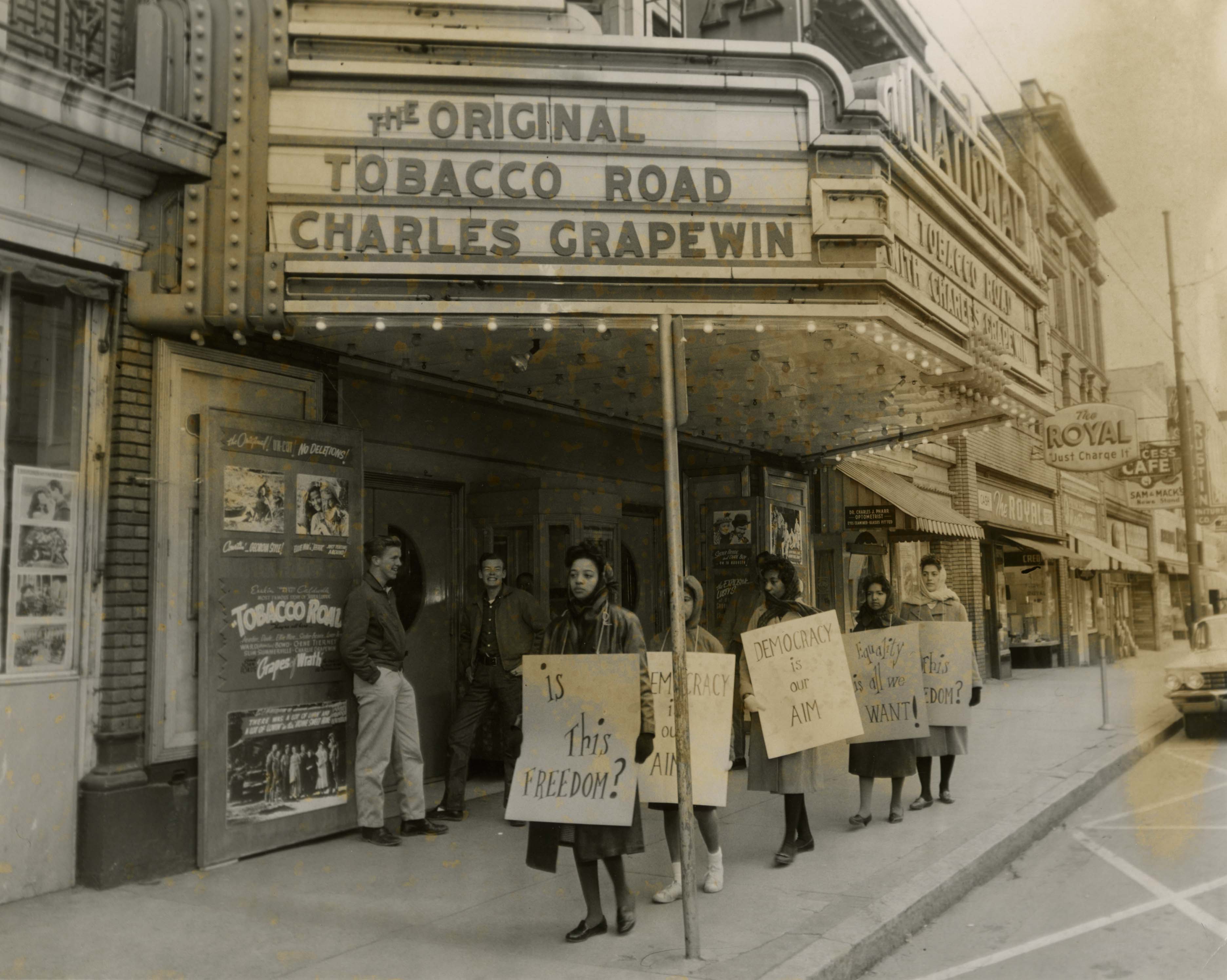 Students from Bennett College are seen here protesting racial segregation at the National Theatre in downtown Greensboro, North Carolina, in the 1960s. The women's HBCU, which played a prominent role in the Civil Rights Movement, is now facing the threat of closure due to financial difficulties, but there's an effort underway to save it. (Photo via Wikipedia.)

Bennett women have always been about education and excellence, but they have also been about activism and they played a major role in planning and sustaining the Greensboro sit-in. In an interview with Facing South, Dr. Sharelle Barber explained the role of the Bennett Belles.

The Bennett Belles were at the forefront. A lot of folks talk about the 1960 Woolworth sit-in, but many don’t realize that that was actually planned on Bennett’s campus. Bennett women were in leadership roles in terms of planning that movement. The four men sat down on Feb. 1, 1960, but Bennett women had planned to be part of it as well. And so they were very instrumental in doing that initial work and also continuing that work.

So, this is another example of how, throughout history, Black women have shown up and done the work, yet somehow, we are always left out of the conversation. We have to do better.

You can learn more about the Belles and the 1960 sit-in from the C-Span Book TV interview with Linda Beatrice Brown about her book, Belles of Liberty: Gender, Bennett College, and the Civil Rights Movement.